Mike Repper​ is an emerging conductor of classical music, jazz, pops, and musical theater in the United States and abroad. He recently completed his doctoral residency at the Peabody Conservatory of Music in Baltimore, Maryland, a student of Gustav Meier and his longtime mentor Marin Alsop. He was the Peabody Institute-Baltimore Symphony Orchestra Conducting Fellow for two seasons, and continues to work with the Peabody Institute ensembles, this year preparing orchestras for Leonard Slatkin. He recently made his Carnegie Hall debut as the Music Director of the New York Youth Symphony.

Mike is the Music Director of the Northern Neck Orchestra in Virginia and the Assistant Conductor of the Concert Artists of Baltimore, a professional orchestra and chorus led by Edward Polochick. In December 2016, Mike conducted the Concert Artists of Baltimore in two productions of the Nutcracker, one with the Ballet Theatre of Maryland and the other with the Moscow Ballet. Along with regular engagements in the mid-Atlantic, his international credits include a recent debut with the São Paulo Symphony Orchestra in Brazil, masterclasses with the Artes Nazionale Orchestra in Florence, Italy, and performances as far away as Wollongong, Australia.

Mike is the Managing Director of the Chamber Music Society of Maryland, a Baltimore-based chamber music series currently in its 43rd season. There, he founded the Reinecke Youth Fellowship in Chamber Music, an annual $1000 scholarship opportunity for three pre-college musicians interested in chamber music at the professional level. ​Passionate about supporting youth in music, Mike has traveled to Venezuela to conduct the annual International Orchestral Seminar in Acarigua, an El Sistema based orchestra, and at home he takes great pride in nurturing a private studio of aspiring musicians.

In Baltimore, Mike is also the Music Director at the Baltimore Basilica, the first Catholic cathedral in the United States, and is the New Music Consultant for the Baltimore Symphony Orchestra. Mike also enjoys musical scholarship. At Stanford University, he taught Music Theory to Undergraduate and Graduate Students, and his research in the field of melodic range spectrography and perfect pitch perception was awarded Honors at the Center for Computer Research in Music and Acoustics. He is a proud graduate of the Orange County School of the Arts in Santa Ana, CA. 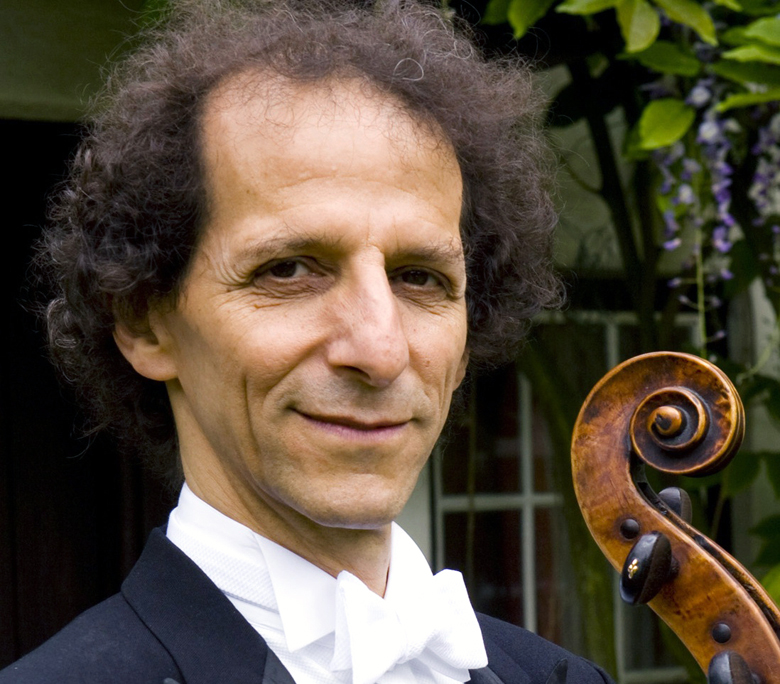 Colin Carr appears throughout the world as a soloist, chamber musician, recording artist, and teacher. He has played with major orchestras worldwide, including the Royal Concertgebouw Orchestra, The Philharmonia, Royal Philharmonic, BBC Symphony, the orchestras of Chicago, Los Angeles, Washington, Philadelphia, Montréal and all the major orchestras of Australia and New Zealand. Conductors with whom he has worked include Rattle, Gergiev, Dutoit, Elder, Skrowasczewski and Marriner. He has been a regular guest at the BBC Proms and has twice toured Australia.

With his duo partner Thomas Sauer he has played recitals throughout the United States and Europe including New York, Boston, Philadelphia, the Concertgebouw in Amsterdam, and the Wigmore Hall in London. 2016 sees them playing a program of Britten and Adès for both the Chamber Music Societies of New York and Philadelphia. Colin has played complete cycles of the Bach Solo Suites at the Wigmore Hall in London, the Chamber Music Society of Lincoln Center, the Gardner Museum in Boston and in Montreal, Toronto, Ottowa and Vancouver.

As a member of the Golub-Kaplan-Carr Trio, he recorded and toured extensively for 20 years. Chamber music plays an important role in his musical life. He is a frequent visitor to international chamber music festivals worldwide and has appeared often as a guest with the Guarneri and Emerson string quartets and with New York's Chamber Music Society of Lincoln Center.

Recent CD releases include the complete Bach suites on the Wigmore Live label and the complete Beethoven Sonatas and Variations on the MSR Classics label with Thomas Sauer. Colin is the winner of many prestigious international awards, including First Prize in the Naumburg Competition, the Gregor Piatigorsky Memorial Award, Second Prize in the Rostropovich International Cello Competition and also winner of the Young Concert Artists competition.

He first played the cello at the age of five. Three years later he went to the Yehudi Menuhin School, where he studied with Maurice Gendron and later William Pleeth. He was made a professor at the Royal Academy of Music in 1998, having been on the faculty of the New England Conservatory in Boston for 16 years. In 1998, St. John’s College, Oxford created the post of “Musician in Residence” for him, and in September 2002 he became a professor at Stony Brook University in New York.