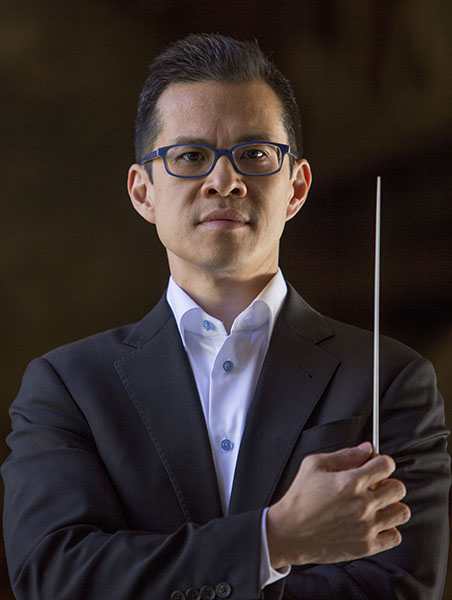 As a conductor, Mr. Chan is the Music Director of Camerata Notturna, a role he also serves in for The Montclair Orchestra, a New Jersey-based ensemble noted for its innovative and diverse programming.  He has also directed l'Orchestre Dijon Bourgogne in France, and the festival orchestra of Musique et Vin, which consists of musicians from the Metropolitan Opera Orchestra, Berlin Philharmonic, and top orchestras in Paris.  As conductor and educator, Mr. Chan works frequently with student orchestras at Juilliard and Mannes conservatories in New York, as well as the Pacific Music Festival in Sapporo, Japan.  Mr. Chan's 2018-19 conducting schedule includes his Carnegie Hall debut, his debut with l'Orchestre Philharmonique Royal de Liège in Belgium, a return engagement with l'Orchestre Dijon Bourgogne, and various concerts in South America and Eastern Europe.

In 2008, combining his love of wine with his passion for music, Mr. Chan co-founded the Musique et Vin au Clos Vougeot festival in the Burgundy region of France. As artistic director of the festival, which pairs wine tastings with musical offerings, Mr. Chan has overseen its growth from a small, intimate gathering to a two-week extravaganza that now attracts icons of classical music as its collaborators, including Yo-Yo Ma, Joyce DiDonato, Jean-Yves Thibaudet, Emmanuel Pahud, Menahem Pressler, and Cho-Liang Lin.

A native of San Diego, Mr. Chan began his musical education at the age of four. He made his New York debut in 1995 at Avery Fisher Hall, and his Carnegie Hall debut in 2003.  Mr. Chan received his bachelor's degree from Harvard University, and his master's degree from The Juilliard School.  He is now on faculty at The Juilliard School and the Mannes School of Music, and resides in the New York City area with his wife, violinist Catherine Ro, and their children Annalise, Micah, and Arianna.

David Chan is the concertmaster of the MET Orchestra in New York, a position he has held since 2000 as leader of that renowned ensemble. Widely recognized as a brilliant violinist and one of the leading musicians of his generation, Mr. Chan enjoys a diverse career as conductor, soloist, chamber musician, and teacher. His concerts have taken him to leading stages in North America, Europe, and Asia, appearing as soloist under the baton of such conductors as James Levine and Fabio Luisi. He is highly sought after as a chamber musician, performing regularly at the most prestigious summer festivals as well as throughout the New York City area. 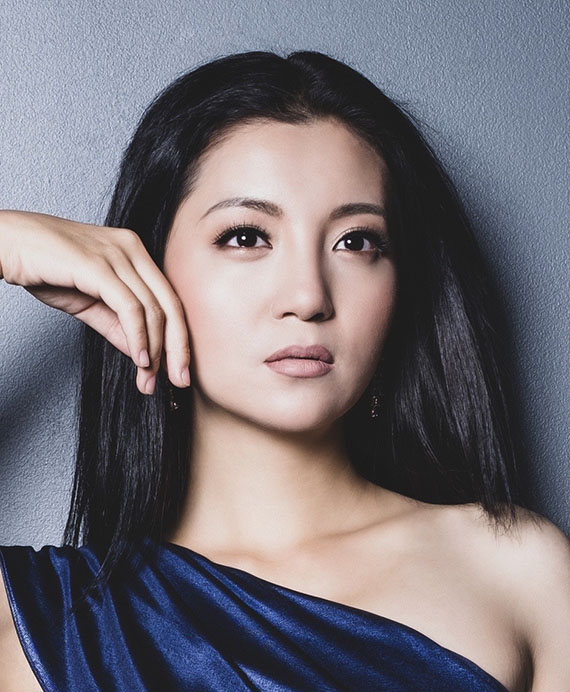 In the 2021-2022 season, rising soprano Meigui Zhang returns to the Metropolitan Opera as Thibault in David McVicar's new production of Don Carlos under the baton of Yannick Nézet Séguin, and reprises her role of Barbarina in Le Nozze di Figaro. She also makes her house debut in the lead role of Dai Yu at San Francisco Opera's revival of Bright Sheng's Dream of the Red Chamber. On the concert stage, she performs J.S. Bach's "Coffee Cantata” at the Menlo Chamber Music Festival and tours China in Mahler's Symphony No. 4 with the Sichuan Symphony Orchestra and Darrell Ang. Other highlights include Beethoven's Symphony No.9 in Beijing at the National Centre for the Performing Arts conducted by En Shao, concerts with Xi'an and Shenzhen Symphony Orchestras, as well as recital tours through China's major cities.

A native of Sichuan (China), Ms. Zhang completed her Master of Music Degree at the Mannes School of Music, where she was a recipient of the George and Elizabeth Award, following her Bachelor of Music Degree from the Shanghai Conservatory of Music. During her time at Mannes, Ms. Zhang performed the roles of Despina (Cosi fan tutte), Anne Trulove (The Rake's Progress), Gilda (Rigoletto), the title role in Lucia di Lammermoor, as well as participated in the "Bel Canto at Caramoor” Young Artists Program and the San Francisco Opera's prestigious Merola Opera Program. She is the Grand Prize winner of the 2019 Verbier Festival "Prix Yves Paternot," was a finalist at the 2019 Queen Sonja International Music Competition, and took second place at the 2020 Opera Index Competition. Most recently, Ms. Zhang won the Audience Prize at the 2020 Glyndebourne Opera Cup and the 1st Prize at the 2021 Premiere Opera Foundation International Competition. 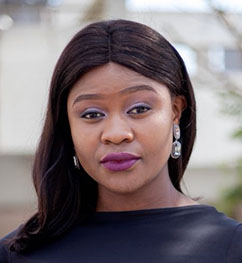 South African mezzo-soprano Siphokazi Molteno is beginning her first year in the Lindemann Young Artist Development Program. She was previously a member of the young artist program at Cape Town Opera, where she recently sang Romeo in Bellini’s I Capuleti e i Montecchi and the Third Lady in Mozart’s The Magic Flute.

In 2020, she won the Rising Star Encouragement Award in the Glyndebourne Opera Cup and Best Female Performance in an Opera in the Fleur du Cap Theatre Awards in South Africa for her 2019 portrayal of Romeo. She was also a winner of the 2018 Schock Foundation Prize for Singing. After winning the Ana María Martínez Encouragement Award and the Audience Choice Award in Houston Grand Opera’s Eleanor McCollum Competition in 2017, she joined the Houston Grand Opera Young Artist Vocal Academy.

On the concert stage, she has performed as a soloist in Haydn’s Nicolai Mass and Mozart’s Coronation Mass with St. George’s Cathedral Cape Town, and Verdi’s Requiem with Dar Choral Society Tanzania.

She earned her undergraduate diploma in opera performance under the tutelage of Patrick Tikolo at the University of Cape Town, where she performed the title role of Rossini’s La Cenerentola and Cherubino in Mozart’s Le Nozze di Figaro. She has also participated in summer programs at the Aspen Music Festival and Crescendo Summer Institute. 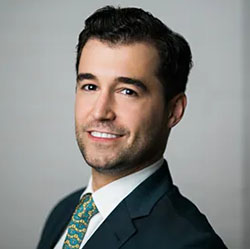 Hailed as possessing a “melting tone and poignant phrasing” (Opera News), American tenor Alex McKissick returns to live singing in a 2021 concert series at Waterline Square Park of songs and arias; an all-Mozart gala with Berkshire Opera Festival; and takes part in a collaboration between National Sawdust and Beth Morrison Project in a program featuring female composers. Mr. McKissick was scheduled to make his debut as Tamino in The Magic Flute with Opera San José under the baton of Donato Cabrera before the current pandemic forced its cancellation. In the summer of 2019, he covered the role of Rodolfo in La bohème with the Des Moines Metro Opera conducted by Michael Christie and in 2018 performed the title role in Roméo et Juliette with the Wolf Trap Opera led by Eric Melear. He has sung regularly with the Washington National Opera in such roles as Nikolaus Sprink in Kevin Puts’s Silent Night, Roderigo in Verdi’s Otello, The Governor of Montevideo in Bernstein’s Candide, the 1st Armored Guard in The Magic Flute, as well as covering the title role in Faust.

Past performance highlights include Alfredo in La traviata at the Aspen Music Festival; concerts with the Georg Solti Accademia in Venice, Italy; the tenor soloist in Handel's Messiah with the Richmond Symphony and Beethoven's Symphony #9 with the Charleston Symphony Orchestra; and the roles of Monostatos in Die Zauberflöte, Le Journaliste in Poulenc’s Les mamelles de Tirésias, Ein Soldat in Ullman’s Der Kaiser von Atlantis, and Brack Weaver in Kurt Weill’s Down in the Valley at the Juilliard School of Music. Mr. McKissick has worked with conductors Eun Sun Kim, Daniele Callegari, Keri-Lynn Wilson, Nicole Paiement, as well as stage directors David Alden, Francesca Zambello, Tomer Zvulun, Octavio Cardenas, Christopher Mattaliano, and Garnett Bruce. He has coached with Richard Bonynge, Carmen Giannattasio, Angela Gheorghiu, and Anthony Legge, in addition to participating in master classes with Fabio Luisi and Emmanuel Villuame.

Mr. McKissick is a highly sought-after recitalist in the Washington, D.C., metro area where he recently appeared at the Renwick Gallery, Dumbarton Oaks, the Cosmos Club, the Metropolitan Club, the United States Supreme Court, and a number of private concerts at various embassies and residences of important officials. His recording of Bernstein's Songfest, released on the Naxos label, is under consideration for a Grammy Award nomination and his CD Una notte a Napoli, recorded live at Switzerland’s Victoria Hall in Geneva, is available at select locations. Mr. McKissick is a 2018 Sullivan Foundation Career Grant Winner, a 2017 Sara Tucker Study Grant Winner, a 2018 Operalia quarterfinalist, and a Toulmin Scholar. He received his Bachelor’s of Music and Master’s Degree from the Juilliard School of Music. Mr. McKissick is an alumnus of the Cafritz Young Artist Program at the Washington National Opera. 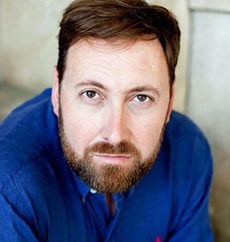 Matthew Rose studied at the Curtis Institute of Music before becoming a member of the Young Artist Programme at the Royal Opera House, Covent Garden. In 2006 Matthew made an acclaimed debut at the Glyndebourne Festival as Bottom in Britten’s A Midsummer Night’s Dream – for which he received the John Christie Award – and has since sung the role at Teatro alla Scala, The Royal Opera House, Opéra National de Lyon, Houston Grand Opera and the Metropolitan Opera.

Plans in 21/22 include Wotan Die Walküre for ENO and the Staatstheater Darmstadt, Monk Don Carlos and Raimondo Lucia di Lammermoor for the Metropolitan Opera and Filippo II Don Carlos for Wroclaw Opera. On the concert platform, Matthew sings Christus St Matthew Passion with Arcangelo at the BBC Proms and Messiah with the Rotterdam Philharmonic and Jonathan Cohen as well as with the Swedish Radio Symphony Orchestra and Reinhard Goebel. 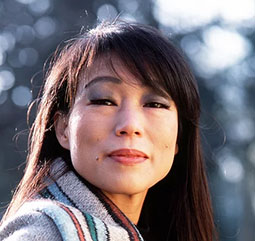 Unsuk Chin was born in 1961 in Seoul, South Korea. She studied with Sukhi Kang and György Ligeti and has lived in Berlin since 1988. Her music has attracted the attention of international conductors including Simon Rattle, Gustavo Dudamel, Alan Gilbert, Kent Nagano, Esa-Pekka Salonen, David Robertson, Peter Eötvös, Myung-Whun Chung, George Benjamin, Susanna Mälkki, Jukka-Pekka Saraste, François-Xavier Roth, Leif Segerstam, Hannu Lintu, Jakub Hrusa, Kazushi Ono and Ilan Volkov, among others. It is modern in language, but lyrical and non-doctrinaire in communicative power. Chin has received many honours, including the 2004 Grawemeyer Award for Music Composition for her Violin Concerto, the 2005 Arnold Schoenberg Prize, the 2010 Prince Pierre Foundation Music Award, the 2012 Ho-Am Prize, the 2017 Wihuri Sibelius Prize, the 2019 Hamburg Bach Prize, the 2020 Kravis Prize as well as the 2021 Leonie Sonning Music Prize.

In 2007, Chin’s first opera Alice in Wonderland was given its world premiere at the Bavarian State Opera as the opening of the Munich Opera Festival and released on DVD and Blu-ray by Unitel Classica. She has been Composer-in-Residence of the Lucerne Festival, the Festival d‘Automne, Stockholm International Composer Festival, Deutsches Symphonie-Orchester Berlin, the Cologne Philharmonic’s Eight Bridges festival, the São Paulo Symphony, Casa da Música, BBC Symphony's Total Immersion Festival, Melbourne Symphony, the NDR Elbphilharmonie Orchestra in Hamburg, and many more. Between 2006 and 2017 Chin was Composer-in-Residence with the Seoul Philharmonic Orchestra, overseeing its contemporary music series which she founded. She served as Artistic Director of the ‘Music of Today’ series of the Philharmonia Orchestra in London for nine seasons between 2011 and 2020. In 2022 she starts a five year tenure as Artistic Director of the Tongyeong International Festival in South Korea. Portrait CDs of her music have appeared on Deutsche Grammophon, Kairos and Analekta. 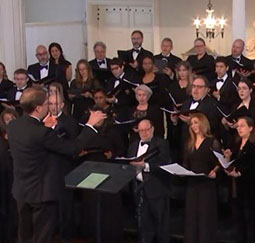 Praised by The New York Times for its “incisive, agile strength,” Downtown Voices is a semiprofessional choir made up of volunteer singers and GRAMMY®-nominated members of The Choir of Trinity Wall Street. Directed by Stephen Sands since its 2015 inception, Downtown Voices has performed works by Beethoven, Brahms, Rachmaninoff, Pärt, Webern, Ginastera, Janáček, James MacMillan, and Philip Glass, in addition to premiering Spire and Shadow by Zachary Wadsworth, a large-scale commission for the 250th anniversary of St. Paul’s Chapel.